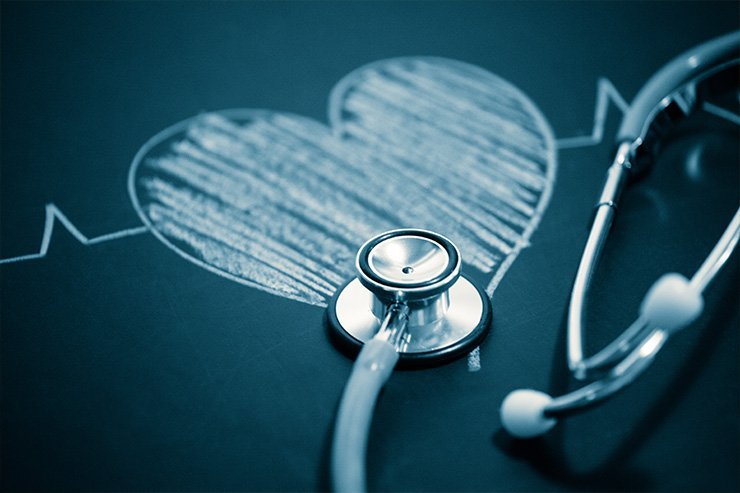 When my daughter was 4 years old, her doctor heard a faint clicking sound in her heart at a well-child visit. We discovered she had a bicuspid aortic valve and several other heart defects. She is now 19 and has always been asymptomatic and hasn’t needed surgery. Because a bicuspid valve is congenital, her cardiologist suggested that I get screened. That was eight years ago. My scan showed a bicuspid aortic valve, an aortic root aneurysm, an ascending aortic aneurysm and left iliac artery aneurysm. It rocked my world — I envisioned a time bomb inside my chest. With time, research, comforting words from an aneurysm expert, annual exams and daily meditation, I managed to calm down. Although I was always asymptomatic, in 2019 the aortic root aneurysm reached the point where surgery was recommended, and they would do the valve at the same time. I had a successful open heart surgery at Massachusetts General Hospital on April 29, 2019.

Besides trying to get my head around the surgery itself, I wrestled quite a bit with the choice between a mechanical and a tissue valve if the surgeon could not repair my aortic valve. I was 56 and decided to go with a tissue valve as a contingency plan, hoping for a TAVR procedure when it needed replacement. Ultimately the surgeon repaired my valve, so no replacement was necessary.

Although the surgery couldn’t have gone much better, getting mentally prepared for it and recovering from the operation were not always easy. Four weeks before the surgery I endured cycles of confidence and fear. There were things to get in order and medical tests to complete. I connected with friends and family as well as folks who had gone through similar procedures. I posted a brief announcement on Facebook and was overwhelmed with love and support. My wife and family were great, offering an emotional rock to steady myself. The stories of former patients were particularly reassuring, even though some acknowledged the pain after the surgery and the slower-than-expected recovery to pre-surgery stamina. All in all, I was grateful. Nervous, too. Sometimes weepy. But always grateful.

These ever-shifting feelings continued after the surgery, along with the ups and downs of recovery. I took comfort in the impermanence of it all. I acknowledged the bright spots even in the first few days. And yet, interspersed were rough times, which I had been told would happen. Progress was more evident week to week. Hard moments passed and good ones returned. I appreciated the good times when they were around. I knew it wouldn’t help to cling to the good times or show aversion to the bad. As many former patients had told me: I got this.

By early May, my recovery was mostly going fine. I was getting sleep, eating meals, losing my surgery water weight and experiencing no issues at the incision and chest tube wounds. That said, I was running afternoon and evening fevers from 100.3 to 101.5. Otherwise, I was feeling fine, and it was nice to get out and about.

At a follow-up visit in mid-May my primary care physician commented that I looked great. No fever, good blood pressure and blood-oxygen levels, lungs sounded clear and heart strong. But then it was abnormally high platelet levels — higher than the doctors had ever seen. This, too, resolved on its own over about four weeks. In the meantime I was feeling better by the day. My 20-minute walks (three times a day) were easier, and I was going farther. The sun and spring weather helped. I was eating well and was finally up for a full night in a bed, rather than a combination of a recliner and couch. Most of the days went pretty well; I still got tired in the early evenings and had evening headaches. The incisions continued to heal well.

By June my cardiologist said that everything looked great. And the hematologist said that my platelet count and other metrics looked much better. I had several days where I fell just short of 10,000 steps a day. Pains and other issues that I had just a couple weeks ago were gone. The main inconvenience was occasional insomnia. All in all, it was amazing to see how the body can heal from such a significant trauma. By late July, my wife and I traveled to England and Norway for a vacation, and it was awesome.

Having recently passed my one-year anniversary of my open-heart surgery, I am so grateful for advances in medicine, skilled surgeons and nurses, meditation and the boundless support of family and friends. Thanks, in particular, to my wife, whose unconditional love gave me strength during the difficult times during recovery. The procedure went well, and I feel stronger than ever.

Peter Eglinton lives in Maine with his wife of 30 years and two daughters who just graduated from high school and college. He is the Deputy Director of Efficiency Maine Trust, the independent administrator for programs to improve the efficiency of energy use and reduce greenhouse gases in Maine. He recently celebrated the one-year anniversary of his open-heart surgery to repair an aortic aneurysm and an aortic valve. He sends his healing thoughts and support to all those affected by COVID-19.