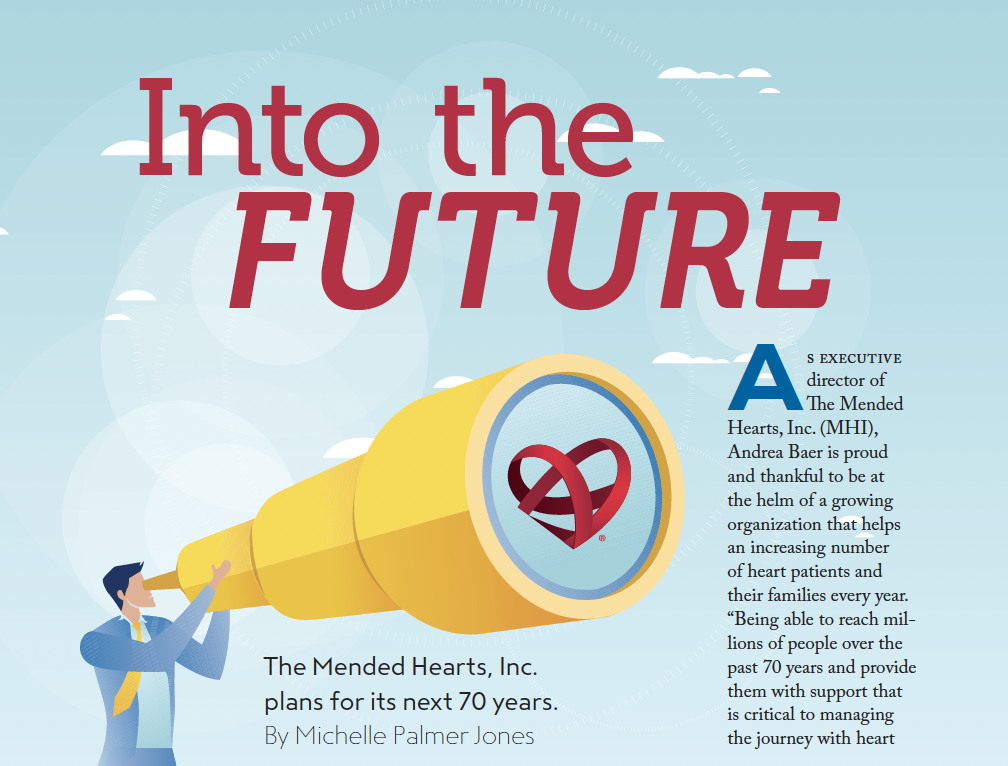 The Mended Hearts, Inc. plans for its next 70 years.

As executive director of The Mended Hearts, Inc. (MHI), Andrea Baer is proud and thankful to be at the helm of a growing organization that helps an increasing number of heart patients and their families every year. “Being able to reach millions of people over the past 70 years and provide them with support that is critical to managing the journey with heart disease has got to be one of our proudest accomplishments,” she says.

But Baer isn’t basking in the success of the past seven decades; she’s busy plotting and planning ways the organization will continue to succeed over the next 70 years. Even as it celebrates this milestone anniversary, MHI is focused on growing its reach through technology, supporting more people worldwide and making sure heart patients and their families everywhere are being heard and included.

While COVID-19 separated people and limited access to doctors and hospitals during 2020, MHI saw a huge opportunity to expand, rather than decrease, its services and support: “Technology has really brought us to a point where we can reach people we have never been able to reach before,” Baer says. “I think that is exciting; because of the pandemic, people have been embracing technology over the past year and a half more than ever before. It was kind of forced upon them, but it has opened up a lot of doors for us as an organization.”

Working from home taught MHI a lesson in how to provide even better access to the organization when geographic limitations are eliminated.

“The most important thing is we now don’t have to worry about [the questions] ‘is there a chapter close to me?’ Or ‘are there MHI people in my neighborhood?’ We can do Zoom meetings, Zoom chats and even leadership training on Zoom,” Baer says. “There are all of these things we can do now that we don’t have to rely upon being able to drive or fly there to do it.”

Technology is allowing heart patients and their families to connect with MHI in many different ways, which has resulted in a significant increase in memberships over the past several years. “As a member, instead of saying, ‘Well, there’s no chapter near me; there’s nothing for me to do,’ now they can be actively involved in the organization without ever leaving their home,” Baer says. “This makes our organization more inclusive as well and even more accessible for those with disabilities or who cannot leave their homes for any reason.”

Baer credits another major factor for the recent surge in membership: “One thing that has increased our numbers and made us stronger and more inclusive is definitely the free membership,” she says. “We changed the model of membership so anyone can be a member, and cost is no longer a barrier for them.”

That allows everyone access to resources and information about their heart health as well as connection to others on a similar journey — regardless of whether they can donate.

Going global is a big goal for MHI as it looks past 2021. The organization is using technology to expand its message and mission beyond U.S. borders much more than it has up to this point. “We think going global is important because heart disease does not just affect people in the United States,” Baer says. 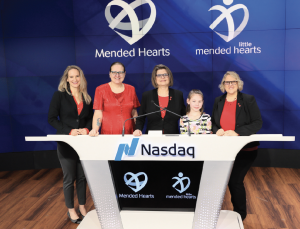 MHI hopes that, internationally, heart patients can learn from the experiences of others around the world and extend their education. “There are people all over the world that need the support, connection and services that we can provide. Our organization is really a model of what peer support can do, and to be able to take that internationally will be amazing.”

Baer says she has high hopes for MHI as she looks toward the next 70 years. As part of those hopes, she wants the organization to lead the push for patients to take their health and health education into their own hands.

“When we talk about the future, another really important piece is empowering patients and families to become self-advocates and really teaching them how to use their voice,” she says. “The patient and family voice is so important now, which is an amazing turn from what it used to be. I think that is so important for us as an organization and for our members to be able to share and be a part of that patient and family advocacy movement.”