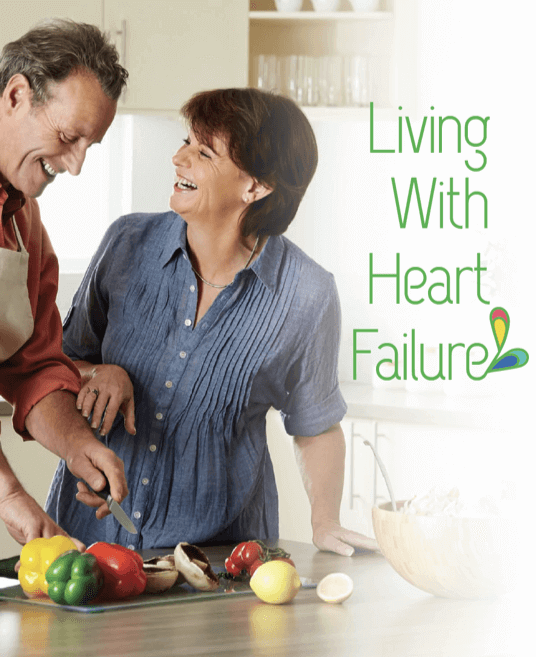 “You have heart failure.” Those words can feel like a punch to the gut, but thousands of people hear them every day. An estimated 6.5 million adults are living with heart failure, with more than 900,000 new cases diagnosed each year.

Although a heart failure diagnosis is difficult to hear and accept, it does not mean your life is over. In the past two decades, the medical community has made significant progress in our understanding and treatment of heart failure. With effective medications, surgical procedures and other therapies, along with lifestyle changes, it’s possible to stabilize heart failure and live a full life, says Myung Park, chief of the Division of Heart Failure and Transplant at Houston Methodist DeBakey Heart & Vascular Center in Houston, Texas.

It isn’t easy, but it is doable. We spoke with Mended Hearts members who have faced the diagnosis and carried on to live healthy, fulfilling lives. Here’s how they did it…

Sam Pittard had a heart murmur for years. In 2016, he was diagnosed with congestive heart failure after complications with an aortic valve replacement surgery.

Six months later, his heart was back to normal pumping capacity. Pittard credits three little letters and a lot of hard work. “My wife, Judy, gave me an acronym called ‘MED,’ which stands for Medication, Exercise and Diet,” says Pittard, 78, of Woodstock, Georgia. For almost a year, he kept a diary, diligently writing down what he ate at every meal, when he took his medications and how much exercise he did.

Knowing that getting and staying healthy was the key to staying alive, he dove in: eating healthier, watching his carbs, limiting his salt intake and avoiding sweets. He made sure to take all of his medications as directed, and though he couldn’t exercise for a while after his surgery, he made it a goal to get back to it as soon as his doctor approved.

“Everything I read about recovering from heart surgery said you have to exercise your muscles, and the most important muscle in your body is your heart,” he says.

Dr. Park agrees: “Physical activity is such a vital part of helping your heart to get better, and it helps the medication work for you.”

Once his doctor gave him the okay to exercise, Pittard enrolled in a cardiac rehabilitation program. Slowly, he worked his way back up to being able to go for walks, clocking at least two miles on most days. He and his wife joined a YMCA and started using weight machines for strength training twice a week.

Between healthier eating habits and exercise, he lost more than 20 pounds.

There have been times when he slipped up and gained a little weight back (for  instance, when his family did some traveling), but he got back on track as soon as possible. He’s maintained his weight for a year and a half.

Of course, maintaining a healthy weight, getting exercise, reducing stress, avoiding cigarettes, limiting alcohol and eating a healthy diet of fruits, vegetables, whole grains and lean proteins doesn’t just help those with heart failure. Those important decisions can help prevent heart failure before it happens and help those with other types of heart conditions manage their health.

Support is, of course, also very important. Pittard’s recovery has been helped by having consistent support and others who put him in check when needed. “You have to listen to the people who love and care about you,” he says. “Ask them to be straight up and tell you if you’re messing up.” His wife, Judy, has been that person for him. She, herself, is a heart disease survivor. She had a heart attack in the 1990s, and now she and Pittard keep each other on track. Both are members of Mended Hearts Chapter 420 in Cherokee, Georgia.

Though Pittard’s pumping capacity is back to what’s considered normal, and he and his doctor will soon discuss eliminating or reducing some of his medications, he knows he’s not cured. He can’t get lax with his healthy habits. “It’s tough to stay focused on the diet and exercise routine sometimes, but you have to if you want to live and get healthier,” he says.

Healing as a Whole

Because of a complete blockage of her ventricles, Keri Fletcher had already had a pacemaker for about eight years by the time she was 36. Then she was diagnosed with heart failure. Her cardiologist prescribed

medications to see if they would help, but they caused her blood pressure to drop too low, and her ejection fraction (how much blood your heart pushes out when it beats) continued to decrease. Her doctor performed surgery to implant a cardiac resynchronization defibrillator/pacemaker.

Fletcher, a member of Mended Hearts Chapter 393 in Spokane, Washington, wasn’t able to do cardiac rehab for a while, and her activity level was restricted for about six months, so she focused on her diet. “I stopped eating so many processed foods and I reduced my sodium intake,” she says. She increased her intake of fruits, vegetables, whole grains and lean meats like chicken, turkey and fish.

Eventually, she did get to go to cardiac rehab, which played a huge role in her recovery. “I would recommend cardiac rehab to everyone because it’s way more than just what physical therapy would be,” she says. During rehab, she learned how nutrition can help with heart health, what kinds of foods contribute to high blood pressure and cholesterol, how to monitor blood pressure, what to look for in cholesterol readings and how to listen to her body when exercising. “It’s a well-rounded program that teaches you everything you need to do to be a successful heart patient,” Fletcher says.

Another valuable takeaway was how to cope mentally and manage stress after a heart event. “Being so young, having young kids and trying to work at that time, I was depressed and had to allow myself to go through the seven stages of grief,” she recalls.

Talks with her pastor and counselor helped her stay mentally healthy. After doing some research and learning that a dog could help improve heart health and decrease stress, her family got a black Labrador.

Finding ways to cope better was a good move. Stress has far-reaching effects, including on cardiovascular health, so finding healthy ways to reduce stress can be really beneficial for heart failure patients, Dr. Park says.

Fletcher’s recovery goals have been to heal herself as a whole — both physically and mentally. So far, it’s worked. Now 40 years old, she doesn’t take any medication specifically for heart failure (though she does take some for other issues), her cardiac resynchronization defibrillator/pacemaker has been keeping her heart in check, and a recent echocardiogram revealed her ejection fraction is normal.

“I’m doing pretty well,” says Fletcher. “It’s important for people, myself included, to know that even though your heart’s not functioning as well as it could be, there’s still a lot of life to live.”

Last summer, Pat Patton was diagnosed with congestive heart failure. He had a quadruple bypass followed by another surgery to install an implantable cardioverter defibrillator (ICD).

After his diagnosis and surgeries, he says the medications were a tough pill to swallow (pun intended). “The biggest frustration is you get a regimen of medications,” says Patton, 60, who is a member of Mended Hearts Chapter 35 in Cincinnati, Ohio. “I had to buy a pill box to keep track because there’s a lot of medication, and some of them you take in the morning and others at night,” he says.

Though it can be overwhelming at times, Patton — who returned to his full-time job as a financial advisor five weeks after his surgery — knows it’s nothing compared to the challenges of some people with other conditions. Plus, he understands that he needs the medications, so he takes them every day, on time, as his doctor directs.

The same is true for his salt intake. He follows his doctor’s orders to stay in a sodium safe zone. He’s more careful with what he eats, cutting out high-salt foods like bacon. He cooks and eats at home more. And when he does eat out or order in, he’s very selective and asks that food be prepared without salt. Patton even uses his watch as a sign that he’s overdoing it with salt. “If my watch is getting a little tight, I know I need to scale back,” he says.

Exercise is another area in which he’s extremely compliant. He, too, participated in cardiac rehab, which helped him get accustomed to working out. “During cardiac rehab, I found great comfort in having someone there, watching my heart rate, knowing that if something went wrong while I was on a machine, the right personnel and the right equipment were there,” he says. Patton now works out six days a week, does stretching on the seventh day and teaches Aikido, a Japanese martial art, twice a week.

It may seem like a lot, but Patton makes sure he doesn’t overdo it. “I think it’s important to recognize that you’re the same person you were before, just with some new limitations,” he says.

For him, that means his goal to climb Mount Kilimanjaro is off the table.

That’s okay. “I want to be around for a long time, so if eating right, lowering my sodium and modifying or eliminating some things is what it takes, then that’s what I’m going to do.”