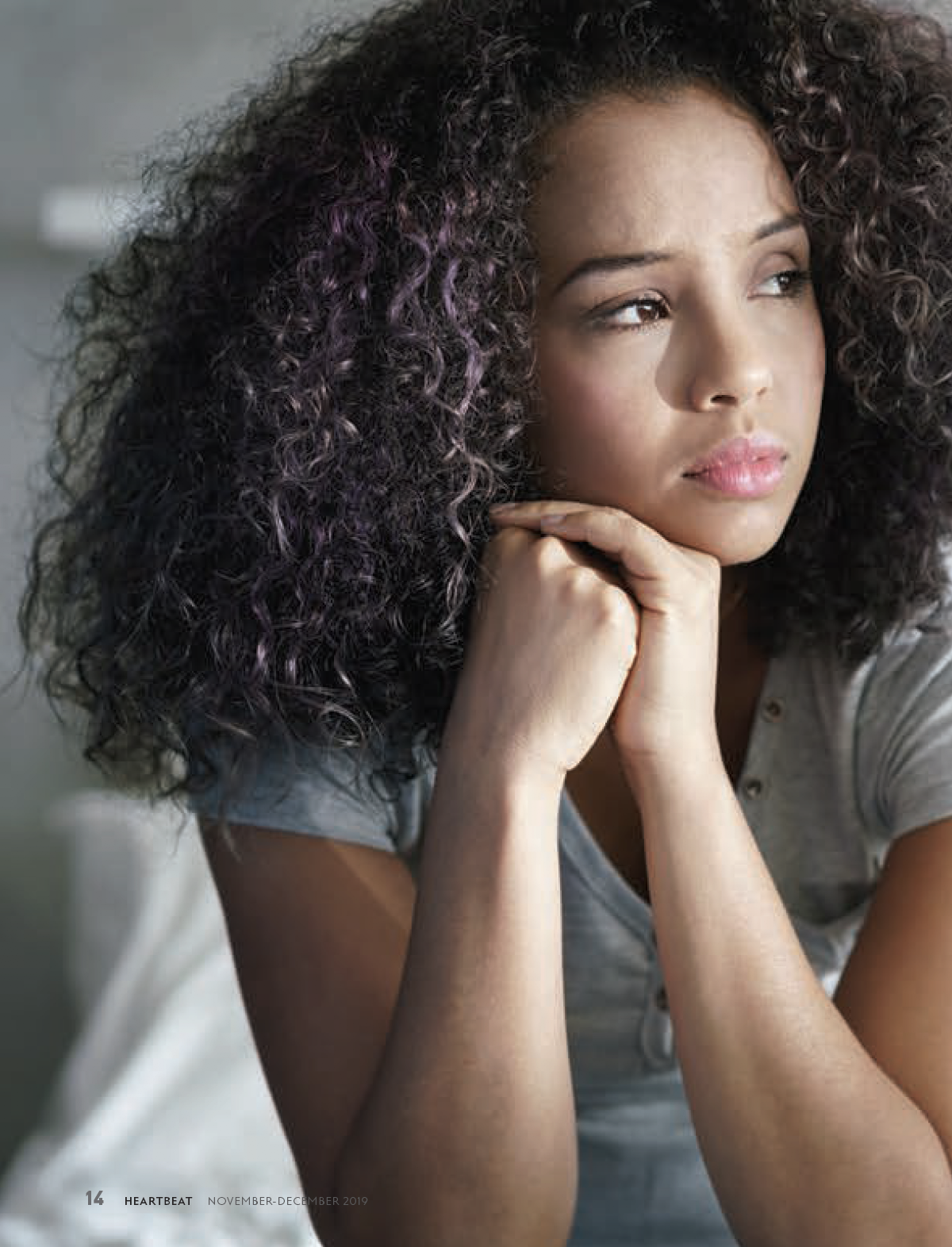 Mounting research shows that social isolation is as risky as high blood pressure and obesity — and can be deadly for those with heart disease.

It’s a disease that everyone is at risk for, and it’s just as deadly as smoking and obesity. Today, it affects as many as 47% of adults — double the number it affected just a few decades ago — and it impacts everything from blood pressure and body mass index to cholesterol levels. All of us experience it at some point in our lives, yet it’s not something that doctors are even screening patients for.

According to recent studies, loneliness has become one of the greatest modern threats to heart health. A review of studies published in the journal Heart showed that loneliness and social isolation were linked to increases in incidents of both heart disease and stroke; people suffering from chronic loneliness had a 29% greater risk of heart attack and 32% greater risk of stroke.

“This is something that the public health community should be looking at carefully,” says Jayani Jayawardhana, Ph.D., associate professor at the College of Pharmacy at the University of Georgia. Dr. Jayawardhana co-authored the study, “Loneliness as a Public Health Issue: The Impact of Loneliness on Health Care Utilization Among Older Adults,” which was published by the American Journal of Public Health.

The study points out the value of the medical community developing screening guidelines to identify lonely patients and create interventions, which could “significantly decrease physician visits and health care costs.” However, she says that she doubts that the medical community will make such interventions; instead, at least for the time being, the responsibility will fall to individuals, communities or even to organizations, like Mended Hearts, to keep an eye out for those who could potentially be suffering from loneliness and social isolation.

Why Loneliness Is Hard on the Heart

The association between mental health and physical health is particularly strong when it comes to the heart. The American College of Cardiology reports that studies show patients who suffer from a mental illness like anxiety or depression have an increased risk of heart disease. At the same time, having heart disease can increase the risk of depression and can lead to poorer outcomes.

Loneliness affects many different aspects of health, but the heart appears to be among the hardest hit: A series of studies have shown it leads to the development and progression of cardiovascular disease, recurrent myocardial infarction, atherosclerosis, high blood pressure and more. People who already have heart disease and suffer from loneliness and social isolation are particularly at risk; a 2001 study found that socially isolated adults with coronary heart disease had 2.4 times greater chance of cardiac death than CHD patients with strong social connections.

Researchers have struggled to pinpoint the exact reason these connections are so powerful, however. It’s possible that the support gained through friends and family boosts health by lowering the effects that stress has on the body, resulting in reduced blood pressure, heart rate and stress hormones. The 2011 study, “Social Relationships and Health,” which appeared in Journal of Health and Social Behavior, found that strong social and interpersonal relationships benefit people in many different ways. Psychologically, they provide the needed support and understanding key to positive mental health.

But they also influence our individual behavior. Healthy behaviors such as exercise, adherence to medical regimens, eating a nutritional, balanced diet and avoiding illicit drug use and heavy alcohol consumption are more common among people who have stronger, healthier social networks. “Social ties can instill a sense of responsibility and concern for others that then lead individuals to engage in behaviors that protect … their own health,” the study’s authors explained. “Social ties provide information and create norms that further influence health habits.”

When Heart Disease Leads to Isolation

It appears that loneliness serves the role of both cause and effect when it comes to heart disease. All too often, social isolation is one of the side effects for patients, parents and caregivers of those with heart disease. It’s something that Carli Valentine knows all too well. Her son, Finnegan, was born with vascular rings, which is a lesion that affects the development of the aortic arch and places pressure on the airways and esophagus.

“It’s a difficult heart defect because it isn’t very common and people don’t really understand it,” says Carli, who lives in Ogden, Utah. “We had to isolate him because his immune system wasn’t very strong and he’d get sick. He had breathing issues and vomited all the time. I work in a hair salon, but I started working less because I was worried about bringing germs home and making him sick. Or I was worried that he’d choke and something would happen to him. It got to where we didn’t go anywhere.”

Although her husband, Keaton, has been “an awesome support system,” the stress and isolation of being a heart parent has taken a toll on their personal lives.

“If you say ‘no’ to people’s invitations enough times, people quit asking. They just figure you won’t be able to go. So we don’t do a lot outside of our family,” she says. “Finnegan is six now, and he’s doing a lot better, but I still don’t like to take the chance of leaving him with someone. I’m always afraid something is going to happen.”

Finding support from other parents with heart warriors has helped. Carli discovered Mended Little Hearts when the family was in Chicago for Finnegan’s second surgery a few years ago, and found the support she didn’t know existed.

“I do feel that now I’ve gotten a lot of support from other moms,” she says. “It’s huge to meet other people who understand what you’re talking about and have had similar issues. It’s just nice to have somebody who gets it; until you have a child who goes through it, it’s hard to understand. Meeting other heart parents and hearing their challenges is really healing.”

Carli finds most of her support through Mended Little Hearts’ online message board. She says she has made good friends who have made her feel part of something bigger than herself.

“It’s one of the most healing things I’ve experienced since Finnegan was born,” she says.

For people who are experiencing loneliness, it’s important to realize that there’s no shame in acknowledging that to others and looking for ways to Loneliness affects many different aspects of health, but the heart appears to be among the hardest hit: A series of studies have shown it leads to the development and progression of cardiovascular disease, recurrent myocardial infarction, atherosclerosis, high blood pressure and more. connect. Despite all the “connectedness” of today’s high-tech world, loneliness is more prevalent. In fact, in a 2017 article in the Harvard Business Review, former U.S. Surgeon General Vivek H. Murthy, M.D., called it an epidemic.

“I talk about this as an epidemic because it’s far more widespread than people believe, and like many illnesses that are related to our mental and psychological state, it gets swept under the rug and exists in the shadows,” he told The Washington Post.

But, knowing the health problems it can cause, people experiencing loneliness should look for ways to reach out to others and make connections. Attending meetings such as those held by your local Mended Hearts chapter or Mended Little Hearts group can help; so can getting involved as a volunteer at a school, church, animal shelter or whatever else interests you.

Dr. Jayawardhana says that she hopes that one day the medical community will begin screening for loneliness as a health risk factor, just as it currently screens for things like cholesterol or smoking. Until then, learning to look out for ourselves and those around us is our best bet for combatting loneliness and staving off the effects it has on heart health.

“A simple intervention, such as making a phone call or paying a visit to someone will definitely help with their loneliness.”