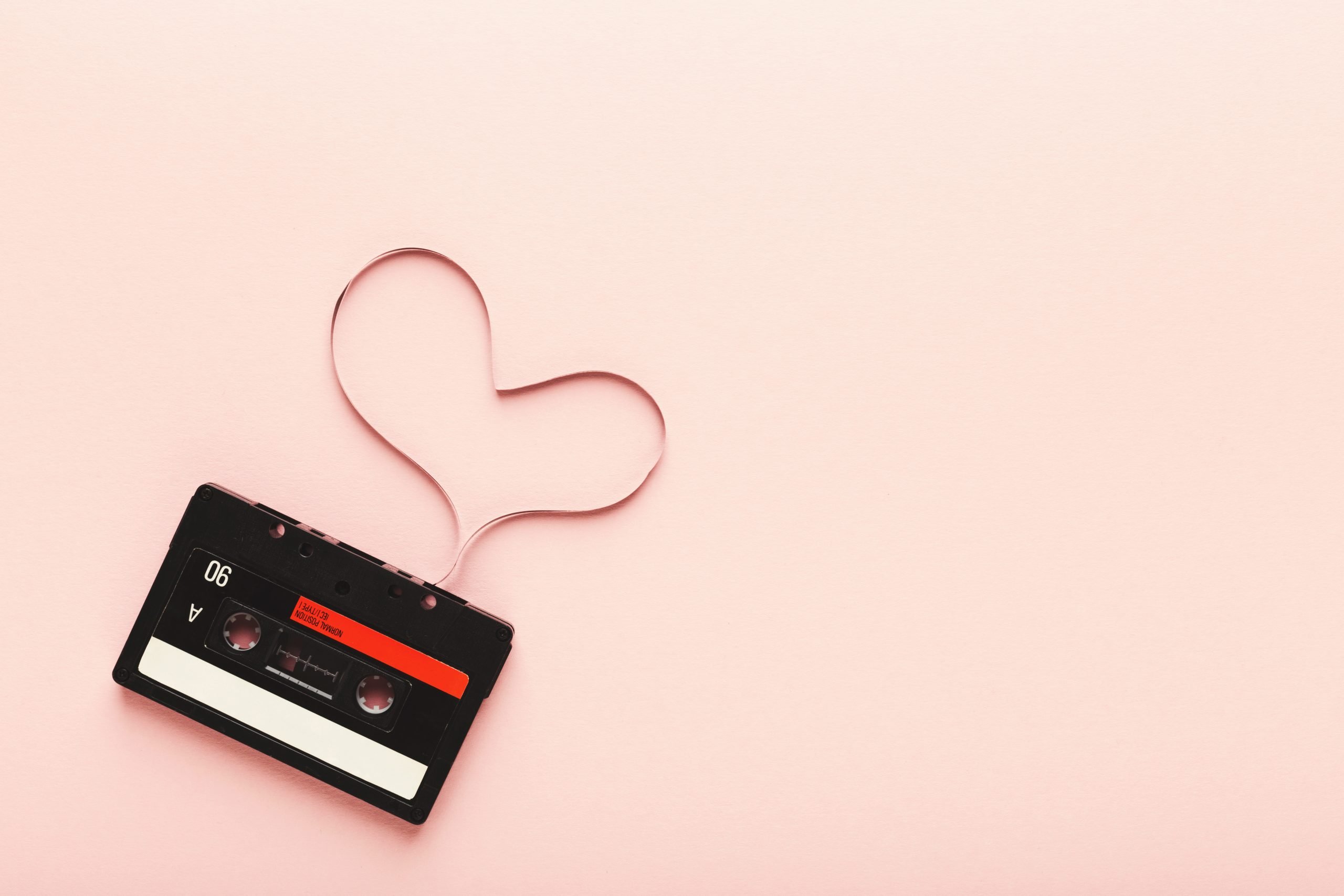 Of all the pieces of equipment in his hospital room, the one that David Rosen found the most helpful was also the simplest: his Walkman. In 1996, the now-obsolete portable cassette player provided some of the best medicine he could have asked for.

“I’d had my first open-heart surgery,” recalls Rosen, a member of Mended Hearts Chapter 206 Palm Beach County in Florida. “I was 58. My family had a history of heart disease — I lost my father and several uncles before the age of 60 — and I was on that same path.”

The four-way bypass operation he’d had was still a risky procedure at the time. Between his own anxiety and the beeping machines around him, Rosen knew the only thing that could save him was music.

“I asked my wife and daughter to bring me my Walkman and some tapes,” he says. “I used that as a distraction, and it became an uplifting time for me. It took me out of the hospital and let me enjoy that time.”

Today, as a Mended Hearts® accredited visitor, he talks to patients at JFK Hospital about the healing power of listening to music. “I tell them it doesn’t matter if it’s pre-surgery, post-surgery — you need to get yourself some uplifting music. It doesn’t matter what kind of music. If it’s something you like, it’s good for you. And I get comments back from people who say that it really worked for them.”

Rosen’s belief that music could help him recover isn’t all in his head(phones); a growing body of research indicates that music can play a significant role in how well heart patients respond to treatments. In a study published in January in the online journal Open Heart, a Dutch research team analyzed 16 studies that looked at how music affected post-op care. The studies included nearly 1,000 patients, and about 90% of the procedures were coronary artery bypass grafts and/or heart valve replacements.

In the studies, some of the patients were given music to listen to, while others were given scheduled rest, breathing exercises or headphones without any music. Using a scoring system created for the patients, the researchers then studied the patients’ anxiety and pain levels. The analysis showed that patients who listened to music had a significantly lower amount of pain and anxiety following major heart surgery. Even more significantly, that effect lasted for as long as eight days after surgery.

“Offering recorded music is associated with a significant reduction in postoperative anxiety and pain in cardiac surgery,” says researcher Ellaha Kakar of Erasmus University Medical Center in Rotterdam. “Unlike pharmacological interventions, music is without side effects, so it is promising in this population.”

Using music as a healing tool isn’t exactly new; Native Americans and Africans used singing and chants as part of their healing rituals, and it was also recognized as a way to ease stress and ensure better sleep in ancient Greece. But modern medicine has only recently started delving into the potential of music to improve cardiovascular health, looking at things like change in blood pressure, heart rate and blood flow.

The discoveries have been promising. In addition to engaging many different areas of your brain, music can alter your brain chemistry — and that can have
heart-healthy benefits. Sound processing begins in the brainstem, which scientists now believe is the reason that listening to relaxing music can help lower brainstem-controlled activities like breathing, heart rate and blood pressure.

According to Kakar, who is a PhD candidate in the Music as Medicine program at Erasmus University Rotterdam, much about the correlation between music and heart health still needs to be studied — although there’s increasing evidence about its effectiveness.

“The physiology remains unclear,” she says, noting that music affects patients both neurophysiologically and pyschophysiologically. “Literature indicates music increases dopamine release and deactivates areas of the brain related to stress and cortisol signaling.”

That relaxation effect is something that Margaret Zorph, of Fort Washington, Milwaukee, witnessed firsthand almost 13 years ago when her son, Kieran, was born with hypoplastic left heart syndrome.

“He pretty much had surgery as soon as he was born,” says Zorph, a member of Mended Little Hearts of Wisconsin®. “He was in the NICU for seven days, then had surgery, then had his second surgery a month later.”

Kieran had his third surgery before his third birthday. “After all three surgeries, we played music for him,” Zorph says. “It seemed to calm him. He was less agitated, and he tended to sleep more peacefully during the post-operative period.”

As Rosen discovered during his hospital stay, the beeps and alarms of the hospital setting can make it difficult to get proper sleep — and can also be anxiety-producing. But Zorph said the music helped keep Kieran calm.

“It also was very calming for me,” she says. “There are a lot of studies that show how music can help with surgical healing. It can reduce the amount of pain people feel and it relaxes the nervous system; it slows down the breathing and the heart rate. Just looking back, I think that it had a lot to do with how well Kieran did; he healed well, physically, from his surgeries.”

Kakar’s studies reinforce Zorph’s belief; her team’s research found that using a sedative during pre-op had the exact same effect on patients’ anxiety scores as listening to music. And the medical community has taken note: “Currently, in the Netherlands, we are implementing peri-operative music in the national guidelines for surgery in collaboration with the association for surgery and anesthesiology,” she says.

“I think in the near future hospitals will provide music interventions for their patients as part of standard care.”

The Sound of Healing

One of the benefits of music is that it can reach patients who are nonverbal, such as babies and young children, or people who aren’t comfortable talking about their fears and feelings. Zorph, who now studies the healing practice of reiki, or energy healing, says that in recent years, she has learned more about just how powerful music is for overall health — including the heart.

“It can be used for mental health and trauma healing,” she says, which is something many young heart patients struggle with. “Music is a form of energy because it has a vibration, and energy medicine is all about the link between vibrations. The great thing about music is that it can help people process their experiences, too.”

When MaryAnn Zima’s son, Johnny, was in the ICU just days after being born, she noticed that he developed a shiver — even though his temperature was fine. Zima, who lives near Cleveland, Ohio, soon learned it was referred to as “ICU Syndrome.”

“When you’re a tiny person lashed to a huge bed with tubes and wires and catheter lines and heart sensors, and the lights are always on and there are always voices calling out but none of them are familiar, you get really stressed,” she says. “If you’re only a couple of days old, your body handles this by shivering.”

To provide some calm amidst the noise, Zima borrowed her daughter’s Fisher-Price tape player and sat it beside Johnny’s bed, playing it at a low volume so he could hear it — and so could anyone within a few feet. She selected music she thought would be most comforting, such as soft Bach compositions, chamber pieces and classical guitar.

“We knew it was working because the shivering stopped,” she says. “We could see his heart rate relax when the rest of his body did, and the nurse could tell when he was sleeping rather than just being sedated. When he was absorbing the music, he didn’t need as much sedative.”

Zima says the music helped put her son in a healing state, which allowed him to rest and recover. But others in the ICU benefitted, as well; one day as Zima was leaving, the nurse at the bedside next to Johnny asked if she could keep the music playing because it was calming her patient, too.

“Personally, I like to think music is the language God sometimes uses when we need to be embraced, held and enfolded with a grace that assures us we will never be abandoned, no matter what comes next,” Zima says.

As Kakar noted in her research, music doesn’t have the pharmacological side effects of medication and it can be customized to each person’s needs. Rosen has continued using music as part of his healing practice, which is why he is eager to share it with the patients he visits. He has created his own musical regimen that helps keep him feeling happy and healthy.

“Whether you’re sick or not, it’s a wonderful escape,” he says, adding that he puts on music for at least half an hour a day.

“It takes me away from COVID, away from politics, and everyone can do it. Maybe you like opera, maybe you like country-western music. It doesn’t matter; just find something upbeat that works for you.”