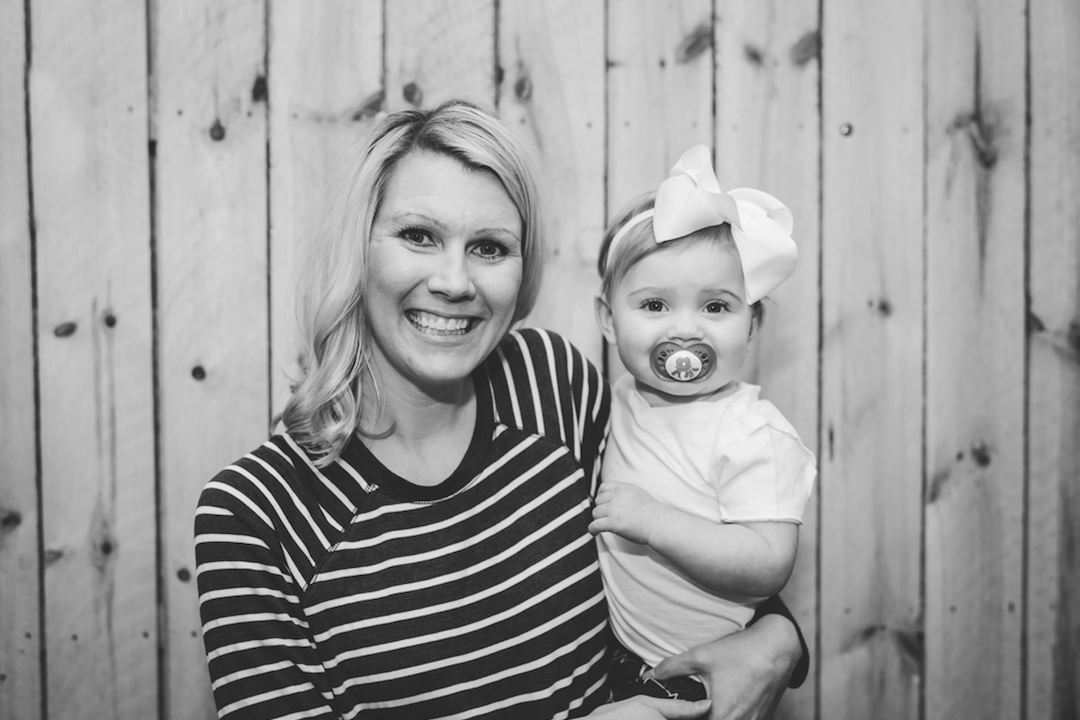 “Where did the idea for the heart warrior photoshoot come from?” is a question I’ve gotten asked a lot recently. And that’s a long answer, partially because I’m not the most concise person. And it’s partially because there were lots of little things that made it all come together, including: 1) My feelings after getting Everly’s diagnosis in utero, 2) A nurse I met who had a daughter with a CHD, 3) Powerful photos of groups/survivors I’ve seen over the years, 4) Jack’s questions about what other families are also affected by CHD and 5) #thebeautifulsoulmovement that a photographer friend was taking on as a special project.

Let’s go back to July 5, 2017. I had an echocardiogram with a pediatric cardiologist at a children’s hospital. The cardiologist told me,“Your daughter has a birth defect.” My thoughts were,“Wait, what? Me? But I ate well throughout the whole pregnancy. I rarely had a Diet Coke. I took vitamins.”

And then I sat there beating myself up and wracking my brain over what I could’ve possibly done wrong. “Did I accidentally eat bad deli meat? Did I use a cleaner I shouldn’t have?” And then the embarrassment set in. “What would people think of me? Would they think I was drinking or doing drugs or something while I was pregnant?” (For the record, I don’t do drugs even when not pregnant)

We told a few family and friends the news. Our communication went something like “Don’t ask me about it. I don’t know the answers. I’m researching and processing. Don’t tell anyone she has a birth defect. Don’t post anything about her health on social media.” I asked the cardiologist who did my echocardiogram, “What did I do wrong? What caused this?” I asked my local OB, I asked my new MFM team (at the children’s hospital where I would need to be induced) and I had Matt ask Everly’s heart surgeon, “What caused this?”

I felt so alone. I felt so lost. No amount of support from my incredible family and friends could help ease the heaviness I felt about the unknown and the feeling of being alone. When Everly was born, I asked the cardiac intensivist who was running the heart ICU that day about what causes CHD. But, I learned that the cause of CHD is only know for about 15% of the cases.

From everything I learned and everyone I talked to, it seems to me that it’s a complete miracle so many hearts actually form correctly at all. The heart is practically formed before a mom even learns she’s pregnant. And no, I wracked my brain and calculated out days… I had not had a glass of wine or cleaned the house with a certain chemical in the time between conception and learning I was pregnant. The heart starts as a tube and then branches out into other tubes from there, which eventually forms the chambers of the heart. As time has passed, I’ve come to live by this motto by Albert Einstein: “There are only two ways to live your life: as though nothing is a miracle, or as though everything is a miracle.” I choose to see everything as a miracle.

Fast forward a tiny bit. Everly was in the heart ICU for her first open heart surgery at three days old. It was a STAT5 surgery, the surgery category with the highest mortality rate.

We met a new nurse that day who would be taking care of Everly. Her daughter was born with a CHD. After her daughter was stable, she went back to school to become a nurse. Now she worked in the heart ICU with the surgeons and staff who had saved her daughter. And you know what? She was a normal person just like me. A mom with other heart healthy children. A mom who lived in a town near ours (which was crazy since the hospital is 60 miles from our house). She made the long commute because she wanted to work in this heart ICU. And we are so grateful for her career path.

I know we are not the only family who has felt connected to her. Not only is she an amazing person, but she’s an incredibly knowledgeable nurse. I had met one heart mom in the waiting room before this point, but didn’t get to know her very well until after we were discharged. This nurse’s support helped me not feel alone. I was able to see what the doctors and specialists had been telling me, which was, “This just happens. It’s nothing you did. It happens to many, many moms who have done everything ‘right’. We are working to learn more and figure out why but right now we don’t know.”

Of course, I wasn’t really alone. We are so lucky to have really great family and friends… but this was different. It was someone who knew what it felt like to have this curve ball thrown at you and to have your newborn undergo surgery. And so I thought, “Sometimes strength comes in knowing you are not alone.”

Before I met this nurse who was also a heart mom, another nurse asked me if I had met any moms or made any friends in the CHD community online. At the time, I thought that was a crazy thought. But it turns out, I have made several heart mom friends online. And it really does help to know someone who gets what you are going through because she’s been there, too.

Jumping forward to September of 2018, a local photographer and friend of mine posted online, “Something that is near and dear to my heart is showing the beauty of a child’s soul, no matter what their circumstances are. #thebeautifulsoulmovement is a new project I am taking on that will do just that: Show a child’s beauty on the inside and out. Do you know of a child who has a condition but may struggle to smile some days or see that light within themselves? Together, we can make a positive change in how children see beautiful!!!!”

While Everly is too young to notice her scars (she has one big incision down her chest, her bones fused together in a way where the bottom is visibly protruding, six noticeable chest tube drain sites and the majority of her right foot is covered in a large, rough scar from an IV infiltrate), I worry that the way we treat and discuss her scars and “differences” right from the beginning can impact how she feels about them.

At our house, we focus on kintsugi (or kintsurkuroi). Have you ever heard the term “kintsurkuroi?” I don’t think it has an English translation. It’s a Japanese word meaning, “to repair with gold.” The Japanese mend pottery by using a gold liquid to put it back together and they believe that the pottery is stronger and more beautiful because of its flaws. I like to think that about Everly’s two heart surgeries. Everly was born with a “flawed” heart, however, they have used “gold” to help make her heart stronger. They have added a new-found strength to her heart in their repair.

I reached out to my photographer pal and asked her what she thought about a group heart warrior photoshoot because these little ones wear their scars like badges of honor… for surviving. For fighting. Because they are ALIVE. Most of them have been through more in their short few years on Earth than an adult will undergo in their lifetime. The photographer’s response was, “OMG Lauren! I’m in tears and I love this idea so much!!!! <3 <3 <3  I don’t even have to think twice, I’d love to do this.”

So why the group? Why not just a picture of Everly? Well, Jack’s had a lot of questions about other families who may be affected by CHD and how those kiddos are doing. This would give him an opportunity to see other babies, children and  young adults who are bravely fighting and conquering CHD. Also, while Everly may not know it now, someday when she looks back on these pictures, she will be able to see that she was not alone in her fight against CHD. She had other strong warriors by her side because, “Sometimes strength comes in knowing you are not alone.”

My other reason for suggesting a group photograph was that in this age of social media, when some moms find themselves in my position, with a CHD diagnosis and feeling lost, they will see  these pictures and know they are not alone.These moms are just your normal, everyday moms who did everything “right” in their pregnancies, and most of them have other children who are heart healthy. After meeting these moms, you’ll quickly learn they aren’t “your normal, everyday moms.” They are incredible superheroes and advocates for their children who are so bravely fighting CHD. 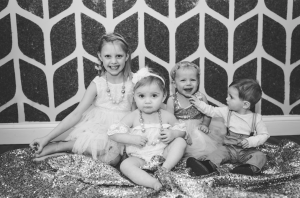 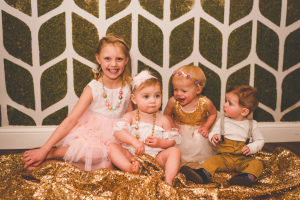 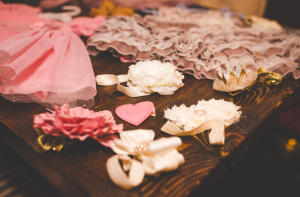 My hope is that people will start to see the prevalence of CHD. It affects 1 in 100 babies*. It is more prevalent than childhood cancer. But it doesn’t get the funding it needs. The science is starting to get there but the funding for research is not. My hope is that these images spread awareness. Awareness leads to funding, funding leads to research and research leads to hope. Hope that less babies will be born each year with CHD. Hope that more babies with CHD will survive their first year. Hope that babies and children with CHD will have a better quality of life. Hope that babies and children with CHD will have less surgeries in their lifetimes. Hope that CHD won’t exist because it can be treated in utero before a baby is born. Hope that more babies with severe/critical CHDs (like Everly) will live into adulthood and be able to have families of their own. I could go on and on and on and on about my hopes… but I’ll stop there for now.

So there it is folks. The unedited, raw, not even reread answer for where the photoshoot came from.

Lauren is a former teacher/literacy coach turned stay at home mom from the suburbs of Chicago. She is mom to Jack (6) and Everly (1.5). She enjoys spending time with her family, friends, and dogs.

*The Congenital Heart Public Health Consortium (CHPHC) notes that CHDs are the most common birth defect, occurring in about 1 in 110 births, or nearly 1% of births.

Sometimes Strength Comes In Knowing You Are Not Alone