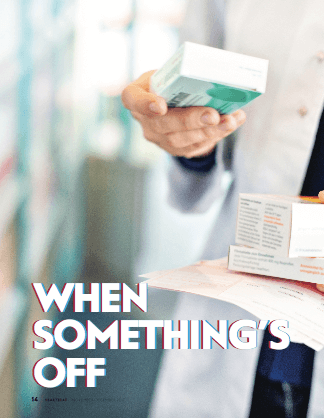 Joshua Lemacks, age 13, takes Sildenafil, a drug used to treat erectile dysfunction in adult men. Obviously, not for its intended use: Sildenafil also helps children like Joshua who have pulmonary arterial hypertension (PAH). The drug reportedly relaxes the blood vessels in the lungs to improve blood flow.

Although the U.S. Food and Drug Administration has not approved Sildenafil for children with PAH — in fact, it issued a warning in 2012, immediately challenged by a group of pediatric cardiologists — doctors prescribe the drug to children on an off-label basis because of PAH’s life-threatening nature. In their 2012 report, the doctors said past studies of Sildenafil “have generally suggested favorable effects and outcomes in infants and young children with PAH.”

Joshua’s story is not unique. The majority of children with congenital heart defects receive some type of off-label medication or device. Why? It’s partly because of a supply-and-demand issue.

Nearly one out of every 110 babies is born with CHD. That statistic seems high, but compared to the population of adults who are sick, children with CHDs are a relatively small group. Because there’s less demand for pediatric-specific heart medications and devices, it doesn’t make financial sense for device makers and drug manufacturers to create solutions for specifically for pediatric patients.

Also, randomized controlled trials are hard to design for pediatric populations, according to an American Heart Association (AHA) report. This makes sense.

What parent would want to volunteer their child for a clinical trial?

This means it’s up to the medical community to gure out how to safely make the best use of what they have.

“It’s fully within the expectations of a physician to be able to use medications and devices off-label,” says Jamie Sutherell M.D., a cardiologist at SSM Health Cardinal Glennon Children’s Hospital in St. Louis, Missouri. “It’s not illegal or unethical, but it’s absolutely a shame there aren’t more pediatric-specific devices.”

The Rule, Not the Exception

The numbers are almost as high with medical devices. Dr. Sutherell and two colleagues analyzed three years of data to find 63% of their pediatric patients had received a device used for an off-label indication.

Almost all (99%) stent procedures and most dilation balloons (78%) involved off-label use in Dr. Sutherell’s study. He says two of the most common stents used in kids are adult coronary stents and stents used to treat gallbladder cancer.

“We’re taking stents approved for gall bladder cancer and putting those in pulmonary arteries,” says Dr. Sutherell. “You would anticipate the performance of that stent is going to be very different in an artery versus a gallbladder.”

The unknown factor is what’s so nerve-wracking to parents like Joshua’s mother, Jodi Lemacks, who is also the Mended Little Hearts national program director. “These drugs and devices haven’t been tested for safety in children because it’s too expensive,” she says. “So far, Sildenafil has been working well for Joshua, but you do wonder, with a growing child, how the medication will affect him later on.”

Lemacks has valid concerns. However, all doctors must adhere to a standard of care.

In the U.S., off-label use of an approved medical device by a physician is considered acceptable standard of care for both adults and children. In the case of children, however, it’s the rule rather than the exception. “Just because a device or drug isn’t approved by the FDA for use in kids or for their condition doesn’t mean it’s not the standard of care,” says Dr. Sutherell. “The reality is, if we didn’t use medications or devices off-label, our options for treating a myriad of diagnoses would be limited.”

Although off-label use is standard of care, it comes with risks. Medical devices aren’t studied for off-label indications, which means that a device may not perform as well as it could. A stent designed for an adult gallbladder may perform differently in a young heart.

Also, when physicians go through training and simulation sessions for new devices, they’re learning about the device’s intended use — not about off-label uses. Doctors rely on their years of experience, research and their commitment to standard of care when making a determination about off-label use.

Doctors can also access resources such as the American College of Cardiology’s National Cardiovascular Data Registry, a collection that helps hospitals and private practices improve quality of care. “Registries help track device performance and inform us as to what the best treatment modalities are going to be,” says Dr. Sutherell.

Lemacks wasn’t aware until relatively recently that the medication prescribed to Joshua was for an off-label indication. “As a parent you’re not necessarily going to know because the doctors don’t tell you,” she says. (By law, they’re not required to.) “That’s not terminology parents would use.”

If the device or recommended procedure is the standard of care, doctors typically don’t explain that the treatment is off-label. According to FDA guidance, “good medical practice and the best interests of the patient require that physicians use legally available drugs, biologics and devices according to their best knowledge and judgment. If physicians use a product for an indication not in the approved labeling, they have the responsibility to be well informed about the product, to base its use on firm scientific rationale and on sound medical evidence, and to maintain records of the product’s use and effects.”

Although doctors have been treating the CHD population primarily with off-label devices and drugs, there has been progress in the development of pediatric-specific treatments. Dr. Sutherell notes that doctors treat septal defects (holes in the heart) with on-label occlusion devices. Doctors also use transcatheter valves designed specifically to treat heart valve disease.

In 2007 U.S. Congress passed the Pediatric Medical Device Safety and Improvement Act. According to the American Heart Association (AHA), the law “recognized the need for improving postmarket safety monitoring of devices utilized in children and encouraged creation of nonprofit consortia to stimulate innovation in the development of medical devices for children.”

While the law has led to incentives for drug developers to pursue pediatric drug research and pediatric-exclusive drugs, it hasn’t presented the same incentive to device manufacturers. According to an article in JAMA Pediatrics, between January 1, 2008, and December 31, 2011, of the 22 medical devices that received premarket approval, only one device was indicated for use in patients younger than 18 years.

Joshua is thriving with the help of Sildenafil and other medications. As pediatric initiatives continue, parents of children like Joshua can trust their doctors abide by the highest professional and ethical standards with every drug and device they use. “This is the standard of care,” says Dr. Sutherell, “and this is the best option we have right now.”